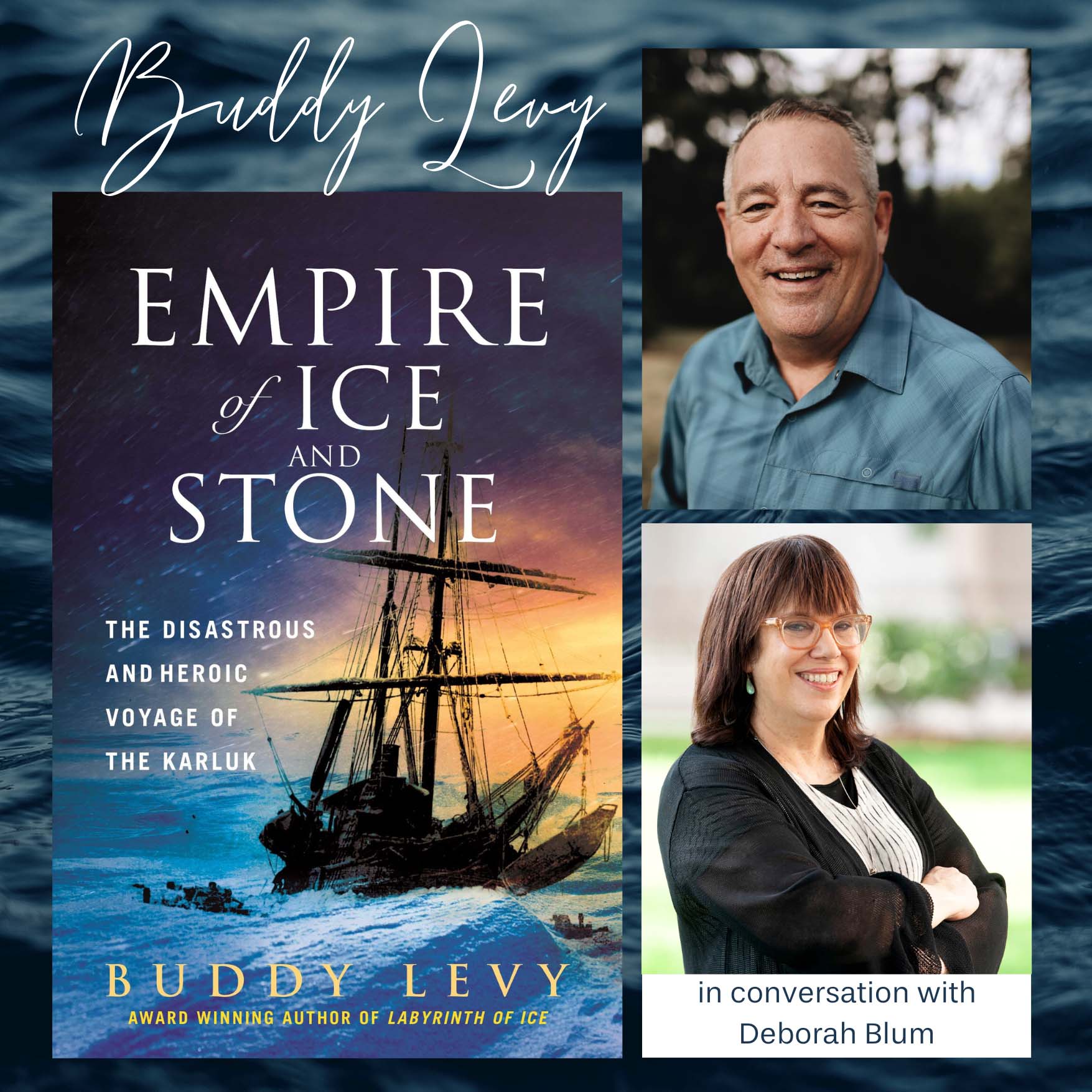 Considered “a life-and-death drama…brimming with malevolence and malfeasance but also humble charity and true nobility,” Empire of Ice and Stone tells the story of the ill-fated 1913 Canadian Artic Expedition of the wooden-hulled brigantine Karluk—considered the last great voyage of “The Age of Discovery.” An exploration of the forces that drive our hearts to extremes, Empire of Ice and Stone is filled with heroism, tragedy, and scientific discovery—and draws out details about the role of indigenous people in not only the Karluk’s expedition, but Arctic discovery in general.

Copies of Empire of Ice and Stone are available for purchase through the Mark Twain Store; proceeds benefit The Mark Twain House & Museum. Books will be shipped after the event. We regret that we are NOT able to ship books outside the United States as it is cost-prohibitive to do so.

Buddy Levy is the author of more than half a dozen books, including Labyrinth of Ice: The Triumphant and Tragic Greely Polar Expedition; Conquistador: Hernán Cortés, King Montezuma, and the Last Stand of the Aztecs; River of Darkness: Francisco Orellana’s Voyage of Death and Discovery Down the Amazon. He is coauthor of No Barriers: A Blind Man’s Journey to Kayak the Grand Canyon and Geronimo: Leadership Strategies of an American Warrior. His books have been published in eight languages.

Deborah Blum, director of the Knight Science Journalism program at MIT and the publisher of Undark magazine, is a Pulitzer-Prize winning science journalist, columnist, and author of six books, most recently, The Poison Squad, a 2018 New York Times Notable Book.