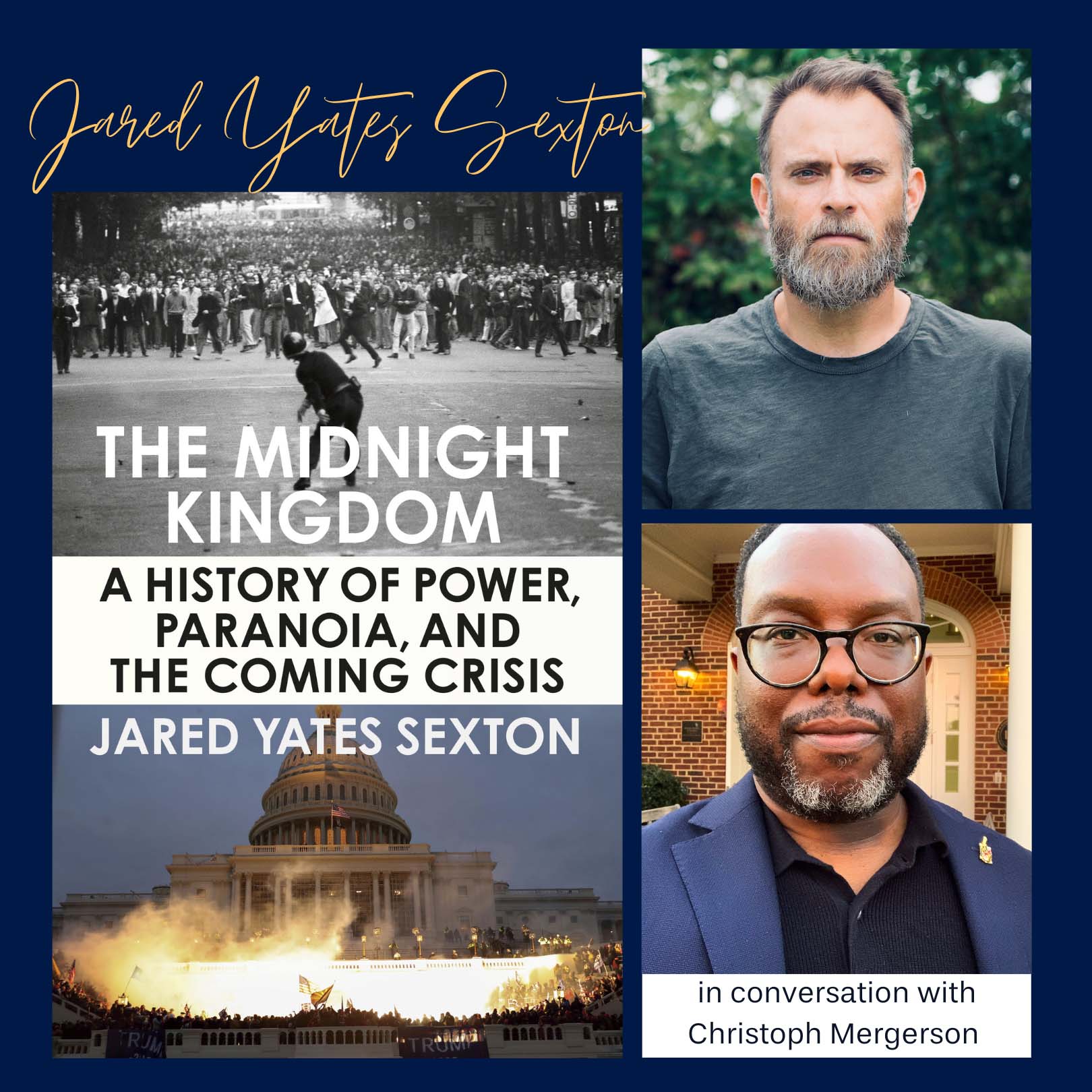 In THE MIDNIGHT KINGDOM, Jared Yates Sexton takes a critical look at the forces that have shaped human civilization for centuries. Along with Christoph Mergerson, Associate Professor in Race and Media at Philip Merrill College of Journalism, University of Maryland, Jared will take a hard look at the history of the West, in particular the abuses committed by those in power and the comforting stories that shaped the way the West has viewed itself up to the present—and invites us to seek a radically different future.

Copies of THE MIDNIGHT KINGDOM are available for purchase through the Mark Twain Store; proceeds benefit The Mark Twain House & Museum. Books will be shipped after the event. We regret that we are NOT able to ship books outside the United States as it is cost-prohibitive to do so.

Jared Yates Sexton is the author of American Rule, The Man They Wanted Me to Be, and The People Are Going to Rise Like the Waters Upon Your Shore. His political writing has appeared in publications including The New York Times, The New Republic, Politico, and Salon.com. Sexton is also the host of the Muckrake podcast, and the author of three collections of fiction.

Christoph Mergerson is an assistant professor in the Philip Merrill College of Journalism at the University of Maryland. His interests include race, media, and democracy; journalism history; and media and social equity. He has recently studied how commercial and nonprofit journalism serve Black communities in the Southern United States. Prior to Maryland, he was a research assistant for telecommunications policy with the Brookings Institution in Washington, and a Knight News Innovation Fellow with the Tow Center for Digital Journalism at Columbia University.

Programs at The Mark Twain House & Museum are made possible in part by support from CT Humanities; the Connecticut Department of Economic and Community Development, Office of the Arts; Ensworth Charitable Foundation, Bank of America, N.A., Trustee; the Greater Hartford Arts Council’s United Arts Campaign; The Hartford; The Mark Twain Foundation; The National Endowment for the Humanities; and Travelers.