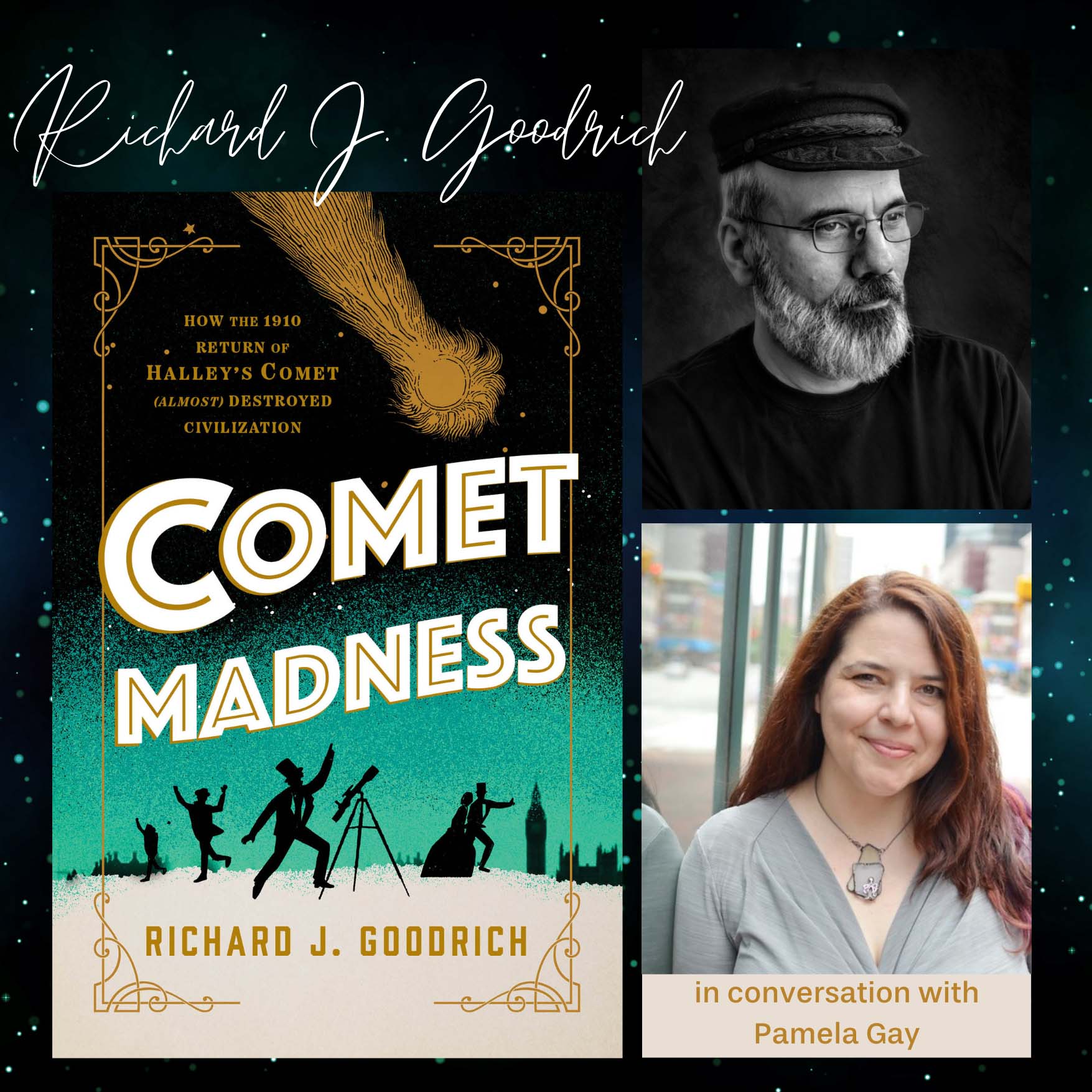 “I came in with Halley’s Comet,” said Mark Twain in 1909, “It is coming again next year. The Almighty has said, no doubt, ‘Now there are these two unaccountable freaks; they came in together, they must go out together.’” He died on April 21, 1910—one day after the comet had once again reached its perihelion.

But the fulfillment of Twain’s prophecy wasn’t the only strange thing that happened that year. In Comet Madness: How the 1910 Return of Halley’s Comet (Almost) Destroyed Civilization, author and historian Richard J. Goodrich examines the 1910 appearance of Halley’s Comet and the ensuing frenzy sparked by media manipulation, bogus science, and outright deception. The result is a fascinating and illuminating narrative history that underscores how we behave in the face of potential calamity – then and now.

Copies of Comet Madness are available for purchase through the Mark Twain Store; proceeds benefit The Mark Twain House & Museum. Books will be shipped after the event. We regret that we are NOT able to ship books outside the United States as it is cost-prohibitive to do so.

Richard J. Goodrich (Ph.D., Ancient History, University of St Andrews, Scotland) taught late-Roman and early-church history in British and American universities. After twenty years in the classroom, he resigned his teaching position at Gonzaga University to focus on writing. Learn more about the author at his website: richardjgoodrich.com.

Dr. Pamela Gay is an astronomer, technologist, & creative focused on using new media to engage people in learning and doing science. Join her to map our Solar System in unprecedented detail through citizen science projects at CosmoQuest.org  and learn astronomy through her media productions like Astronomy Cast. Dr Gay is a Senior Scientist at the Planetary Science Institute, a 2018 Academy of Podcasters Hall of Fame Inductee, and an all-around nerd who probably spends too much time at her Local Game Shop.