Carving begins in the early morning hours; bundle up and head out to watch as they work throughout the day. Maps will be provided at artist locations, as well as online and at various downtown venues. 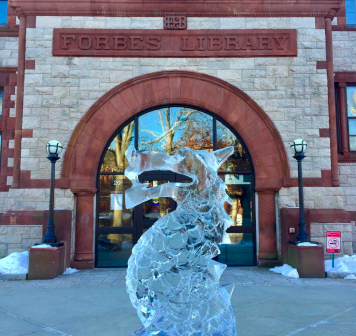