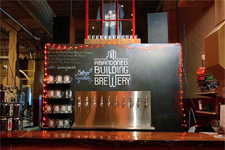 The name says it all! Abandoned Building Brewery is inside an old mill building on Pleasant Street in Easthampton, Abandoned Building Brewery oozes cool with high ceilings, exposed brick and plenty of space to gather and sample locally brewed craft beer. Owner Matt Tarlecki uses locally grown ingredients and is proud to say they are Easthampton’s first craft microbrewery. You can find their beers on tap at local restaurants or visit the brewery and pick up a growler of their home made brews. 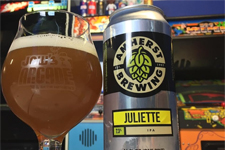 Amherst Brewing Company is a full-service brewpub located in downtown Amherst. The 10-Barrel brewery is visible from the bar and produces some of the finest ales and lagers. Brewery tours can be made by appointment. The giant, brass-top bar seats over 30 people and is fully stocked, including Single Malt Scotches and Small Batch Bourbons. An additional 40 seats are available on their seasonal patio; the best place in town to relax and enjoy an ABC draft or specialty brew while watching passersby. 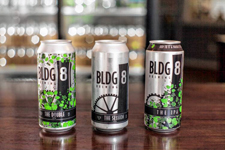 BLDG 8 is a small commercial brewery located in Northampton. Their first and currently only beer, The IPA, has been highly praised by beer blogs and drinkers all over Western Mass and beyond. 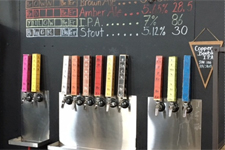 Brew Practitioners is a majority female-owned, small craft brewery and taproom located in Florence serving craft beer in the taproom and in carry out growlers. Brew Practitioners offers live music from time to time and specializes in great beer and great customer service. They also have a Craft Beer Brewery Bus Tour, Ale Aboard. 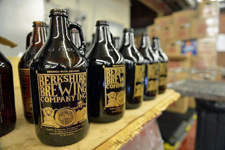 Established in 1994 in South Deerfield, Berkshire Brewing Company is one of the top brewers of craft beers in the US. BBC produces 580 barrels (17,980 gallons) of fresh beer each week. All of BBC’s beer is unfiltered, unpasteurized and contains no chemical additives or preservatives. As craft brewers, they are now producing nine styles of beer year-round and seven seasonals. 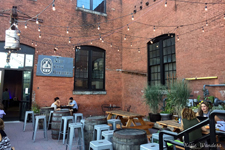 New City Brewery is a small brewery in Easthampton making itself known for hand crafted alcoholic ginger beer. The brewery is also located inside the old mill on Pleasant Street and in addition to its ginger beer, serves a mix of stouts, IPAs and ales. Patrons can enjoy the small bar with personal service and live music. They also have an outdoor patio for the warmer months. 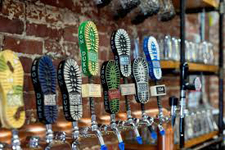 Iron Duke Brewing is located at the Historic Ludlow Mills complex in Ludlow. Stockhouse 122, sits directly along Chicopee River. Originally used to house jute back in the early 1900’s, Stockhouse 122 has over 100 years of history within its brick walls. IDB was started a mere stone’s throw away by a small group of close friends and family. Over the last 12 years, they have worked on perfecting their craft using a small nano system built from scratch. Iron Duke Brewing has gathered an impressive collection of awards for wide variety of beer offerings.

In 2011, White Lion Brewing Company’s founder, Ray Berry thought about starting a craft brewing company to establish a local product for the city of Springfield and the Western Mass region. In 2012, after much thought, countless discussions and research, the business blueprint and framework were created. Berry is proud to say that White Lion, is the first craft brewery in Springfield. More than a brewer, White Lion is a catalyst for Springfield’s revitalization and is excited to open its new location inside Tower Square. 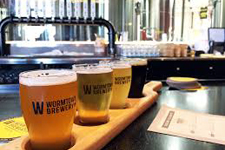 Brewery all began in a small ice cream shop on Park Ave in Worcester in 2010. In 2015, after 5 years crammed in that location and 13 months of construction, Wormtown Brewery opened the doors to its new location, in the heart of Worcester, on Shrewsbury Street. Wormtown Brewery is dedicated to putting “A Piece of Mass in Every Glass” by working with local farms and sourcing ingredients for the freshest beer possible. 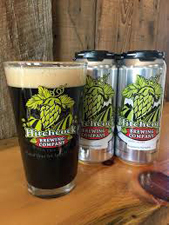 Hitchcock Brewing Company, named after ancient Glacial Lake Hitchcock, is a 10-barrel farm brewery located in Whately, amidst views of Sugarloaf Mountain, Hitchcock Hopyard, historic tobacco barns and acres and acres of active farmland. The brewery opened in 2016 as the culmination of a 30-year vision for the husband and wife team of Rich & Geneva Pedersen who own and operate the brewery and hopyard by themselves. Rich brews primarily American Ales and uses hops from the hopyard when possible. He also uses local produce (raspberries, blueberries, maple syrup, pumpkin, and squash thus far) in seasonal and specialty beers.