Join the celebration of the U.S. Army Birthday on June 14 as we remember its creation in 1775. The army originally consisted of volunteer soldiers with roots to the Continental Army — and was formed to fight the Revolutionary War. Today, as the largest branch of the U.S. military, the proud men and women of the U.S. Army continue to provide peace and security for all of us.

The Springfield Armory National Historic Site commemorates the critical role of the nation’s first armory by preserving and interpreting the world’s largest historic US military small arms collection, along with historic archives, buildings, and landscapes.

On April 30, 1968, the flag on the clock tower at Springfield Armory was lowered for what would be the last time at the functioning armory. General George Washington selected the site in 1777 for ordnance storage. The first muskets rolled off the lines in 1794. For nearly two centuries the rifles and muskets manufactured here were used by America’s Armed Forces in every war in our Nation’s history. 1968 was a time of goodbyes, reflections and the start of a new era.

Over time, Springfield Armory had perfected precision manufacturing methods that were critical to American industrialization. The M1 was adopted in 1936, and was high in demand after December 7, 1941, at which time, 1100 M1 Rifles rolled off the assembly line.

Learn more about museum and those who worked there.  Each week there are updates which reveal interesting stories of the history of the armory and people who served the nation. Click here to learn more… 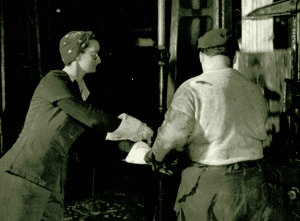 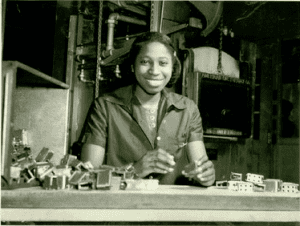 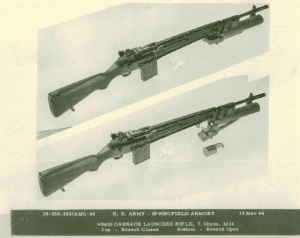