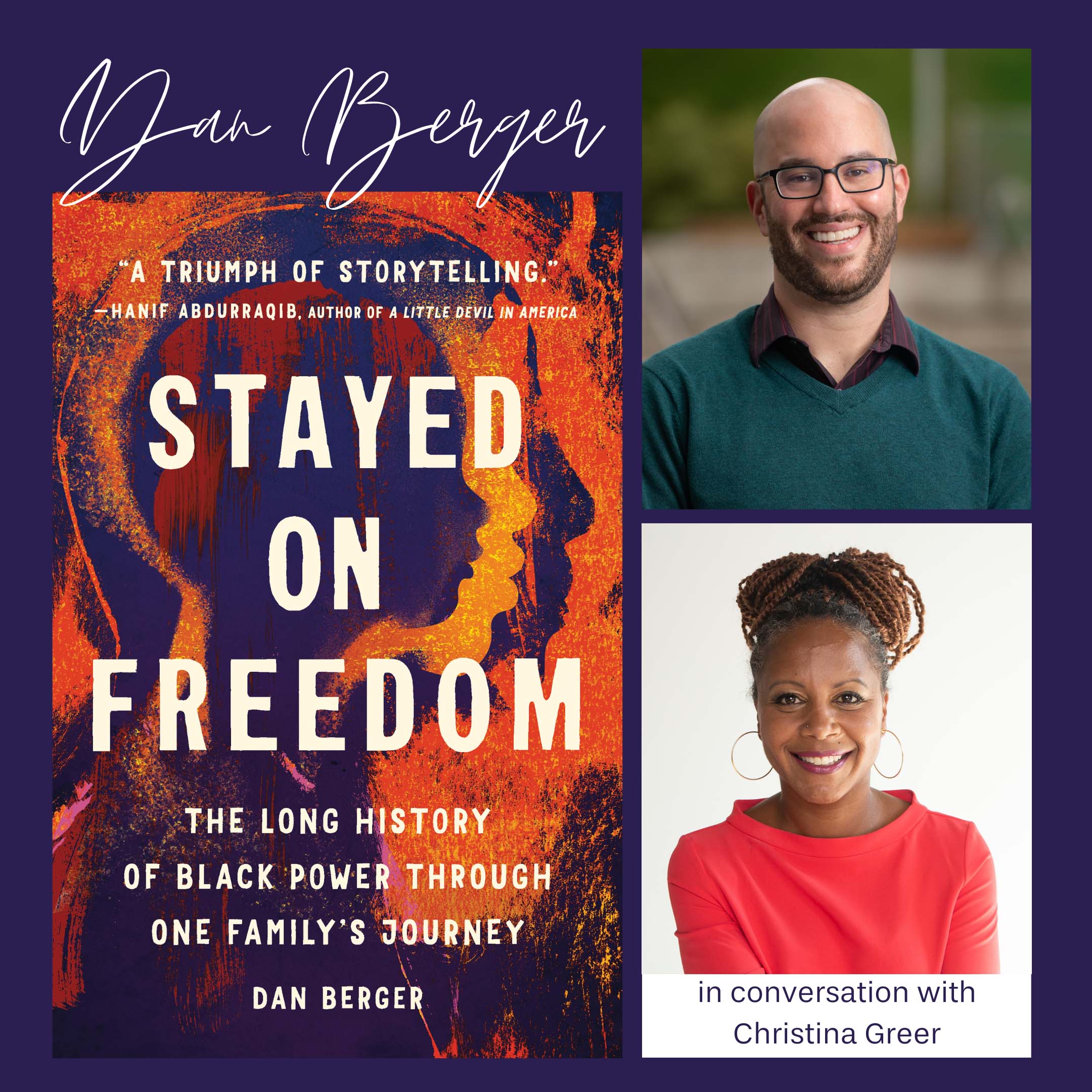 Historian Dan Berger shows, in Stayed on Freedom, how the Black Power movement derived much of its energy, like many radical movements, from the work of activists whose stories have never been told. Berger brings to the fore the stories of two such activists who dedicated their lives to the fight for freedom. Their commitment to each other and to social change took them on a decades-long journey that traversed first the country and then the world. Praised by both Imani Perry and Keeanga-Yamahtta Taylor, Stayed on Freedom brings us on a journey that shows how a movement can unite individuals, communities, and generations in the United States and across the world.

Special guests will include Zoharah Simmons and Michael Simmons—the subjects of Stayed on Freedom.

Copies of Stayed on Freedom are available for purchase through the Mark Twain Store; proceeds benefit The Mark Twain House & Museum. Books will be shipped after the event. We regret that we are NOT able to ship books outside the United States as it is cost-prohibitive to do so.

Dan Berger a historian of activism, Black Power, and the carceral state. His book Captive Nation: Black Prison Organizing in the Civil Rights Era won the 2015 James A. Rawley Prize from the Organization of American Historians. He is professor of comparative ethnic studies at the University of Washington Bothell and coordinator of the Washington Prison History Project.

Christina Greer is an Associate Professor of Political Science at Fordham University – Lincoln Center (Manhattan) campus. Her book Black Ethnics: Race, Immigration, and the Pursuit of the American Dream (Oxford University Press) investigates the increasingly ethnically diverse black populations in the US from Africa and the Caribbean. She received her BA from Tufts University and her MA, MPhil, and PhD in Political Science from Columbia University.