Members of the Schrade and James families, several generations, have attracted a loyal following of audiences and press extending to many parts of the world. Individually, members have garnered dozens of awards and accolades, and their much-loved group appearances have always been full of surprises. This year’s program will include solos and duos by Schubert, Mendelssohn, Chopin, and Franz Liszt played by Rorianne Schrade (piano), Lynelle James (piano) and Christopher James (cello and piano), in addition to two exciting premieres by our special guest artist composers, both treasures of the Massachusetts music world and beyond. The first premiere is part of a timely yet timeless song cycle by Anita Anderson Cooper, based on poems of Gloria House (known by her African name as Aneb Kgositsile), and to close is a brilliant and witty two-piano suite especially composed for Sevenars by Clifton J. Noble and entitled “Canival of the R-nimals” (yes,”Canival” – à la Saint-Saëns “Carnival of the Animals” but with the “R” having a life of its own in honor of the founding 7 “R’s” of Sevenars) – you’ll hear Rabbits, Rurus, Robins, and more, including poetry (true to the spirit of Ogden Nash) recited by writer Kara Noble.

Christopher James, cellist, and pianist Luis F. Ortiz will join forces again (after their well-received 2018 Sevenars concert) in a knockout program including Schubert (the beloved “Arpeggione” in honor of Schubert’s 225th anniversary), Schumann, Dvorak, Franck, and Villa-Lobos. Both Christopher and Luis have distinguished themselves in competitions (Christopher, at Bronx Arts Ensemble’s Young Artist Competition and Luis, in the New England Philharmonic Young Artist Competition, among others), and both have studied with luminaries in their instruments (Diane Chaplin, Michael Reynolds, Nelita True, Margo Garrett), as well as participating in festivals and series at Tanglewood, Bard, Eastman, Music Academy of the West, and Juilliard. Christopher has been described as “a master of the instrument” (Springfield Republican, 2018), while Luis, staff pianist at Juilliard (where he received BM and MM degrees), comes to Sevenars between performances at the celebrated Perlman Music Program. Both young artists both play with a depth enriched by study in extra-musical areas as well (Christopher with degrees in Psychology and Luis in English Literature), and their program will carry you away!

Back by popular demand, powerhouse pianist Jiayan Sun regaled Sevenars last season with his tremendous all-Beethoven program, and we are so excited now to hear him playing Schubert, in the 225th anniversary year of Schubert’s birth. Jiayan has been praised for ‘jaw-dropping brilliance” (Gazette and Observer, UK), “revelatory” performances (The New York Times), and “technically flawless, poetically inspired, and immensely assured playing” (the Toronto Star). He has performed with major orchestras internationally and has been broadcast by the BBC, the RTÉ, and radio stations worldwide. He has performed at the Verbier Festival, the Aspen Music Festival, and others, as well as winning prizes at many major international piano competitions (Leeds, Dublin, Cleveland, and more). Hailing from Yantai, China, he received his degrees from The Juilliard School as student of Yoheved Kaplinsky and Stephen Hough, with other mentors including Malcolm Bilson, Richard Goode, Robert Levin, and Lionel Party. As Visiting Artist in Piano at Smith College, he has shared his compendious repertoire in recital, presenting in close succession a complete cycle of Beethoven Sonatas and eight concerts of Schubert’s piano music. We are thrilled to have him back!

Outstanding young Ukrainian pianist Liana Paniyeva brings to Sevenars a virtuoso program of Schubert-Liszt, Rachmaninoff, Medtner, Gershwin, Chopin, Schumann, and more. Liana has won prizes in numerous competitions internationally (Gershwin International Competition in 2019, Grand Prize at the Metropolitan International Piano Competition, International Competitions in Memory of Gilels, Prokofiev, and Karamanov, the Scottish International Piano Competition in Glasgow, and most recently the 2021 American Prize), and she has performed at festivals in Norway, Hungary, Austria, Canada, England, Italy, South Africa, Israel, and throughout the US.  Her performances at Carnegie Hall, Mechanics Hall, and on the famed Myra Hess series in Chicago (broadcast live on WFMT), have brought her to the attention of critics, who have  extolled her as a “wonderful pianist”  (New York Concert Review), and one with “tender regard for the music, a captivating inwardness” (Fanfare Magazine), among other praise.  A graduate of the Donetsk Music Academy in Ukraine, she earned her Professional Studies Diploma from the Manhattan School of Music and an Artist Diploma from The Hartt School of Music. We are thrilled to welcome her!

Judith Lynn Stillman, internationally renowned pianist, composer, artistic director, and filmmaker, has been hailed by the press as “an artistic visionary” and as “a consummate artist,” by Wynton Marsalis (with whom she recorded a Billboard Top Ten Sony album).  Winner of countless awards, she has performed worldwide including at Marlboro, Tanglewood, Aspen, Voice of Music (Israel), and Ravel Academy (France), while also teaching at prestigious conservatories from Prague to Beijing. She is currently the Artist in Residence and Professor of Music at Rhode Island College. She brings to Sevenars exciting trios and duos with sought-after musicians Rachel Braude (flutist), member of the Grammy-winning Boston Modern Orchestra Project, and Charles Dimmick, violinist known for his “stellar performances” and “technical and artistic virtuosity” (Portland Press Herald). Rachel and Charles (who happen to be married and raising a budding musician) are in high demand as soloists and chamber musicians, as well as both performing with numberous orchestras, including the Portland Symphony and the Rhode Island Philharmonic where Charles is concertmaster. Together this piano-flute-violin ensemble brings a dynamic program including music of Cui, Ibert, and Beeftink, but with special emphasis on female composers including Bonis, Chaminade, Price, Bacewicz, Lili Boulanger, and Judith Lynn Stillman’s own composition, “Poet As Immortal Bird” for spoken word and piano – don’t miss them!

No Sevenars summer would be complete without the glorious jazz collaboration of clarinetist Bob Sparkman, pianist Jerry Noble, and bass guitarist Kara Noble! The trio will lead you on a journey through many nostalgic jazz favorites. Tunes like Stardust, Sweet Georgia Brown, Honeysuckle Rose, Avalon, Pennies from Heaven, Rose Room, and Frenesi are only a few stops on this marvelous musical tour. Bob’s golden clarinet stylings reflect his experience at the last Eddie Condon’s Club and his playing with The Jazzmen, The Bourbon Street Six, the Gotham Jazz Band, and others (including a gig with Fats Waller’s trumpeter Herman Autry).  Clifton “Jerry” Noble Jr., Bob’s longtime collaborator, brings his wealth of musical gifts as internationally known composer and pianist (who spent many years as staff pianist at Smith) and adds his miraculous musical telepathy. With Kara Noble on bass guitar, this tour is in good hands.  For refreshments there will be special vintage “mocktails” in the spirit of the great Jazz Age! Bon voyage!

Admission is by suggested donation (suggested $20 per person), by cash or check at the door. No tickets or reservations are required or accepted. Complimentary refreshments are offered at intermission. All music lovers welcome, though we ask that children (and adults) be able to sit quietly so as not to disturb others.  Note: No cellphones or recording devices are to be turned on at concerts, out of respect to performers’ rights and in the spirit of live music.  We look forward to seeing you! 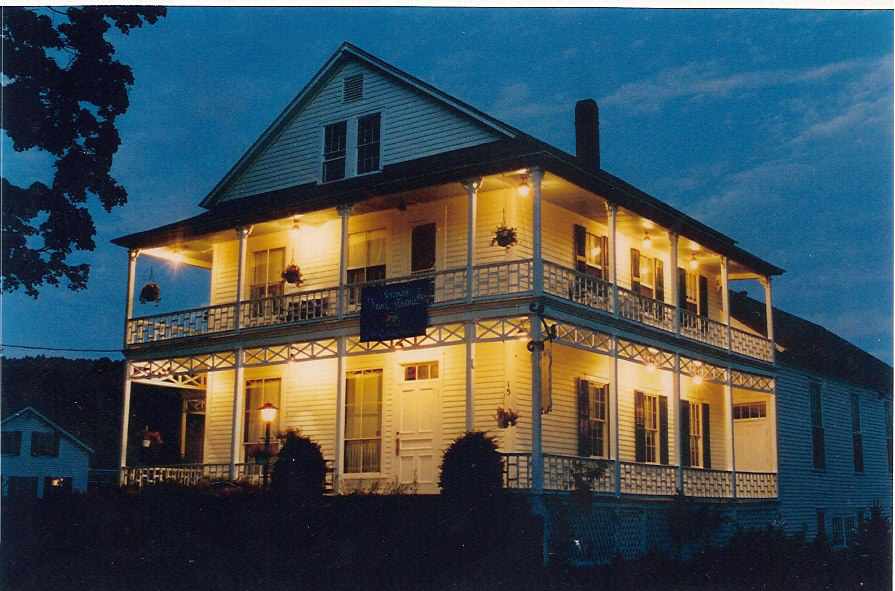