Join us for our spring Muster Day to learn about militia history and see demonstrations of marching, musket and cannon firing, martial music, and target practice.

To supplement the meager armed forces, most early 19th-century farmers and craftsmen were required by law to serve in local militia units – the forerunner of today’s National Guard. Twice a year, these citizen-soldiers were “called to muster” for a day of training in their town. Old Sturbridge Village re-creates a typical Muster Day and celebrates our local military history. Demonstrations will include marching, musket and cannon firing, martial music, and target practice. 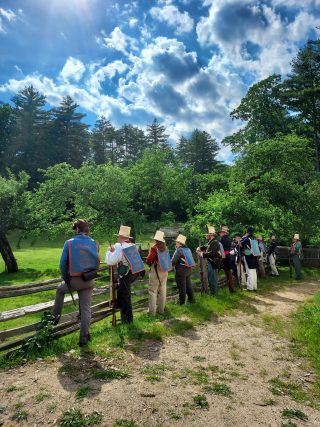 The Miner Grant Store now has militia buttons in stock! These buttons are replicas of those found on circa 1830 militia uniforms in the Village’s collection. The original stamped brass buttons were used to generate a mold for casting the replica buttons in pewter. 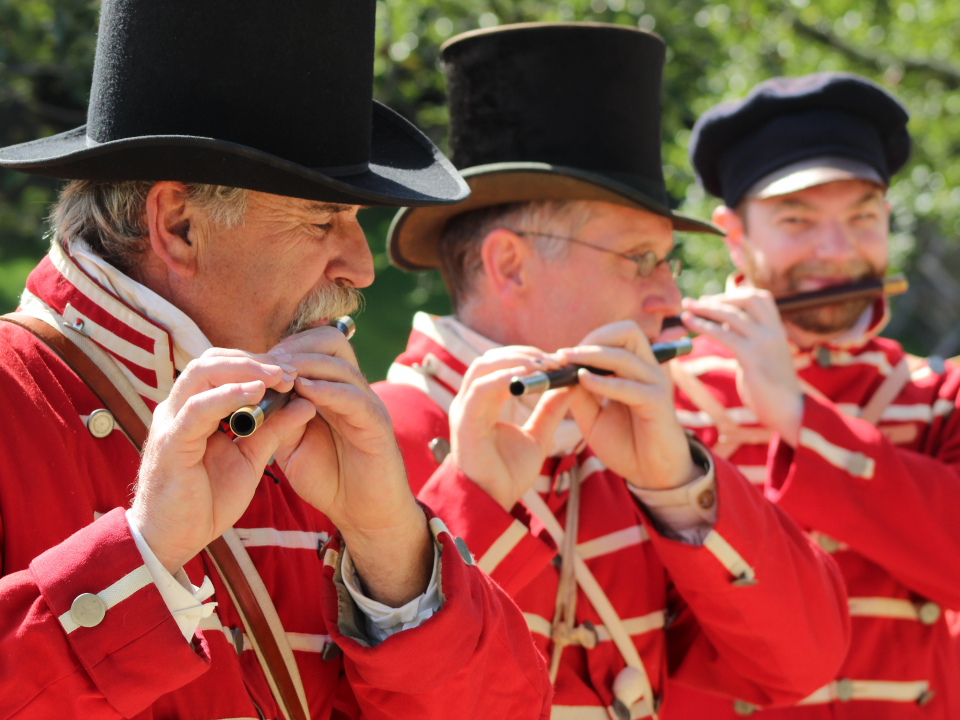