The East Longmeadow July 4th Parade is set to start at 10:00am. and begins at East Longmeadow High School, then moves onto Maple Street through the center onto North Main Street. It continues onto Mapleshade Avenue to Elm Street where it ends at Hanward Hill. 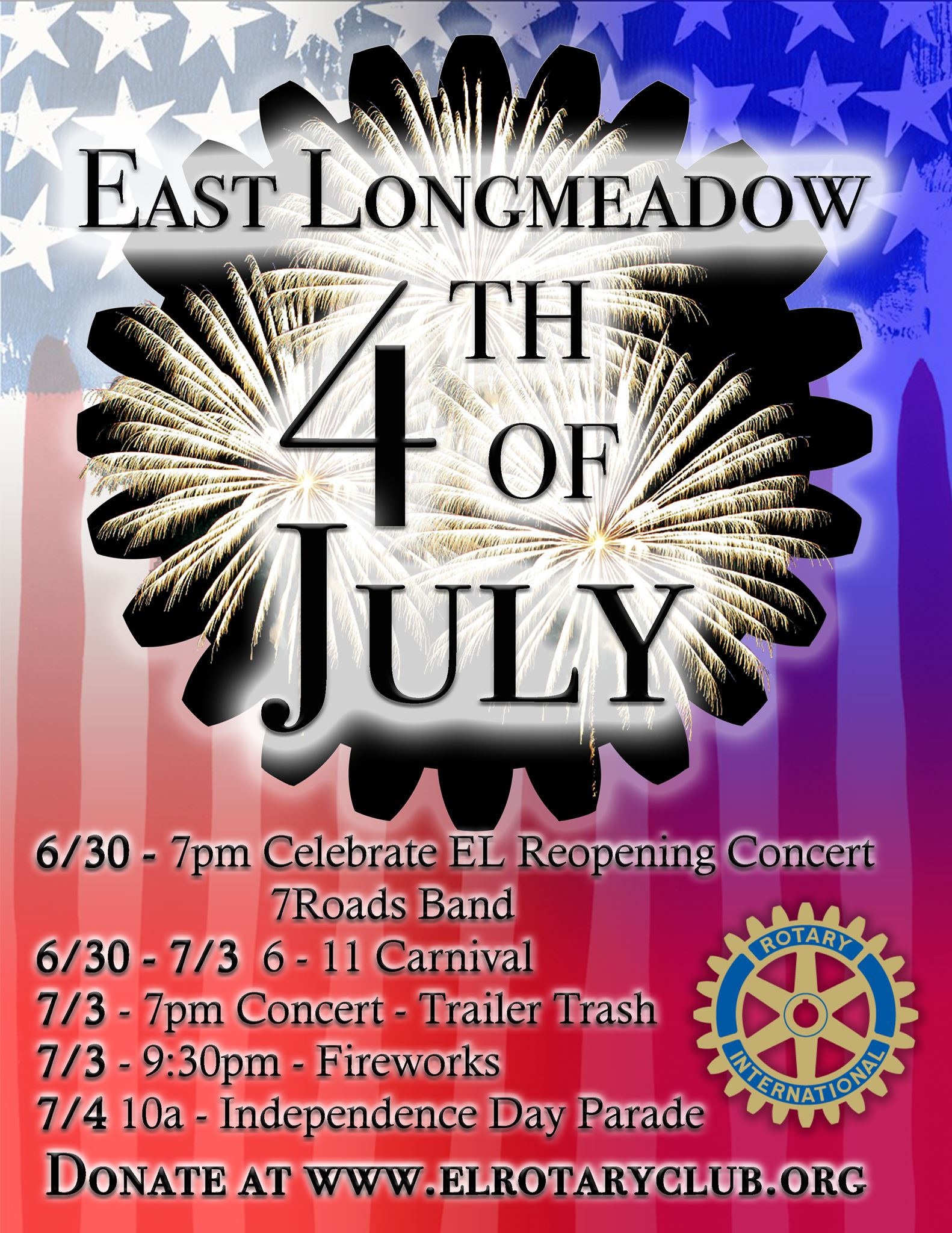 The day commemorates the adoption of the Declaration of Independence by the 13 former British colonies on July 4, 1776.

Massachusetts became the first state to recognize the Fourth of July as a statewide holiday in 1781.