An event every week that begins at 7:00 pm on Friday and Saturday, repeating until October 29, 2022

As the fall chill fills the air, on the darkest of nights, mournful cries of the abandoned dead are heard on the tracks at the Connecticut Trolley Museum. Come for a scare if you dare…the next trolley ride is an express to the Darkside! During this haunted experience, ride vintage trolleys into the dark woods for a fear that you will never forget. Listen to the tale of yesteryear, as you learn of a hastily moved cemetery whose bodies were left behind…their angry souls seeking their revenge. Will you survive?

Listen to the tale of yesteryear, as you learn of a hastily moved cemetery whose bodies were left behind… When the Hartford and Springfield Street Railway was planning its branchline from Warehouse Point to Rockville, a small cemetery near Newberry Road stood in the way of a straight-as-an-arrow trolley line. Before construction started, the cemetery was relocated to a spot of dry land along Route 140 near the tracks. The air around the cemetery always had a chill after the move and the locals kept away, letting Mother Nature take over.

Years later as the trolley museum began planning for the Visitor Center, workers began surveying the land and found the gravestones from the old cemetery hidden in the woods. Oddly enough, further inspection found that there were only headstones… no coffins or remains were in the earth.

Today, during the darkest of the nights, the mournful cries of the abandoned dead are heard around old Newberry Road and the trolley museum’s Newberry Siding. Do you dare ride to the darkside? 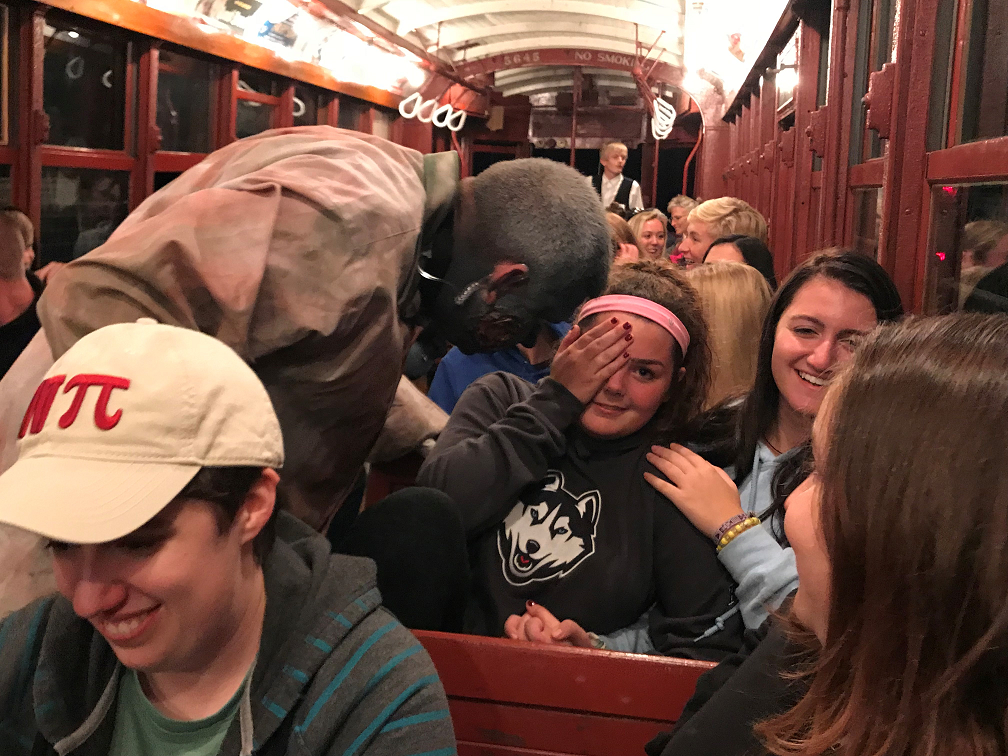 The event will be held on Friday and Saturday nights starting September 24th.  This experience is rated PG-13 and may be too intense for the squeamish. Hours are 7pm-9:30pm (gates open at 6:15pm for ticket sales), tickets must be purchased at www.ct-trolley.org. Admission is $20 per person and recommended for ages 16+. 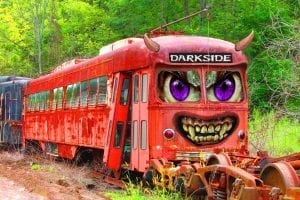