GREAT JEWISH BOOKS LECTURE | Scenes of Encounter: American Jewish Writers from the Former Soviet Union with Sasha Senderovich
How were scenes of encounters between Jews in the Soviet Union and Jews from the United States depicted during the Cold War in the works of Elie Wiesel, Bernard Malamud, and Chaim Potok? How did the generation of Soviet-born Jewish authors, including Anya Ulinich, David Bezmozgis, Gary Shteyngart, and Irina Reyn respond to and restage such encounters in their fiction, once they began to publish in their adopted language, English, at the turn of the 21st century? Approaching these questions with attention to cultural stereotypes, linguistic and cultural translation, and politics of the Cold War and its aftermath, this talk by Professor Sasha Senderovich considers how contemporary fiction by Russian Jewish immigrant authors in America grapples–frequently in satirical ways–with the legacy of migration of Jews from the former USSR. 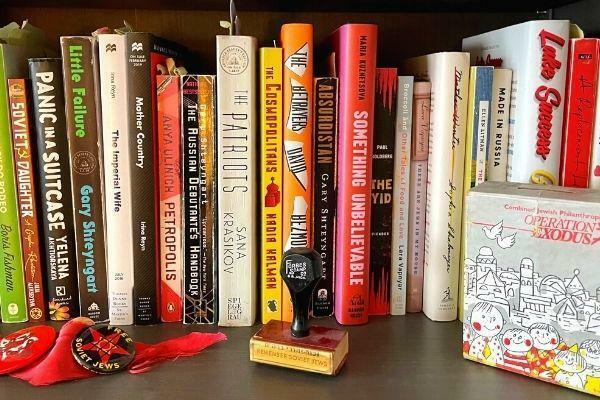 The Great Jewish Books Lecture Series gives learners of all ages the opportunity to delve into great works of Jewish literature with top scholars in the field. Each month, a speaker presents a virtual talk focusing on an author or work, followed by a Q&A with the audience. These talks span a wide variety of literary subjects, presenting works written in many languages from classic Yiddish texts to contemporary Jewish American writing.

The Great Jewish Books Lecture Series is made possible with the generous support of the Salkind Family Foundation in memory of Marilyn Salkind.