The International Volleyball Hall of Fame (IVHF) will host the IVHF Nationwide Ride to honor volleyball’s history and Our Military Kids (OMK), which supports programming for military families. When a parent deploys or recovers from a combat injury, Our Military Kids (OMK) provides funding for sports, arts and other enrichment activities for their children – because children serve, too. OMK has been supporting the children of National Guard & Reservists, and wounded veterans since 2004.

Join the Volleyball Hall of Fame for a 60+ mile police escorted ride through Western Massachusetts as we celebrate the long history and partnership between volleyball and the U.S. Armed Forces.

Registration includes admission to the Volleyball Hall of Fame Museum and donation to Our Military Kids.

The event is a collection of group or individual motorcycle rides paired with virtual bike rides and runs which directly impacts the programming and offerings of the IVHF and OMK, as 100% of dollars raised will support the missions of each organization. 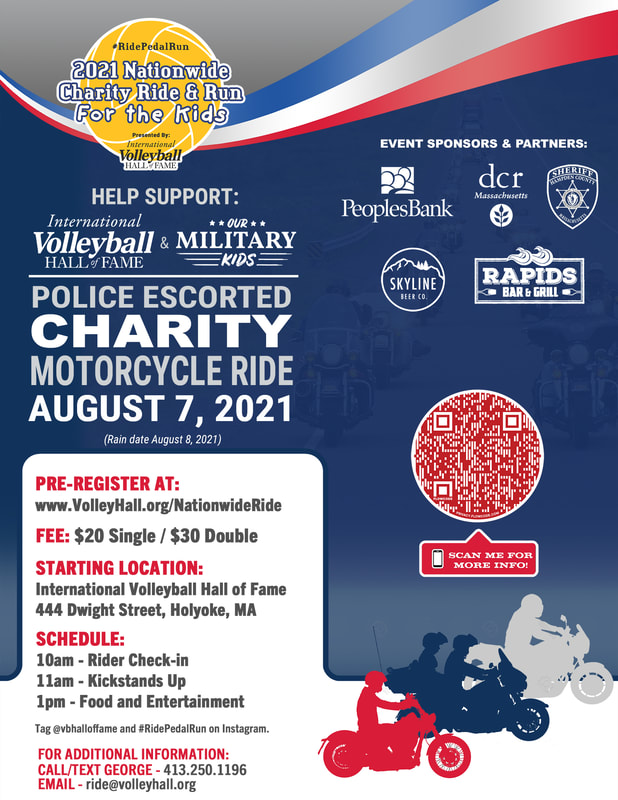