Springfield will mark the September 11, 2001, terrorist attacks and celebrate the lives of those who were lost with a ceremony on September 11th, at 10am in front of Springfield’s September 11th Monument in Riverfront Park.

The annual remembrance ceremony will honor the 498 first responders who lost their lives on September 11, 2001, and whose names are listed on Springfield’s monument. 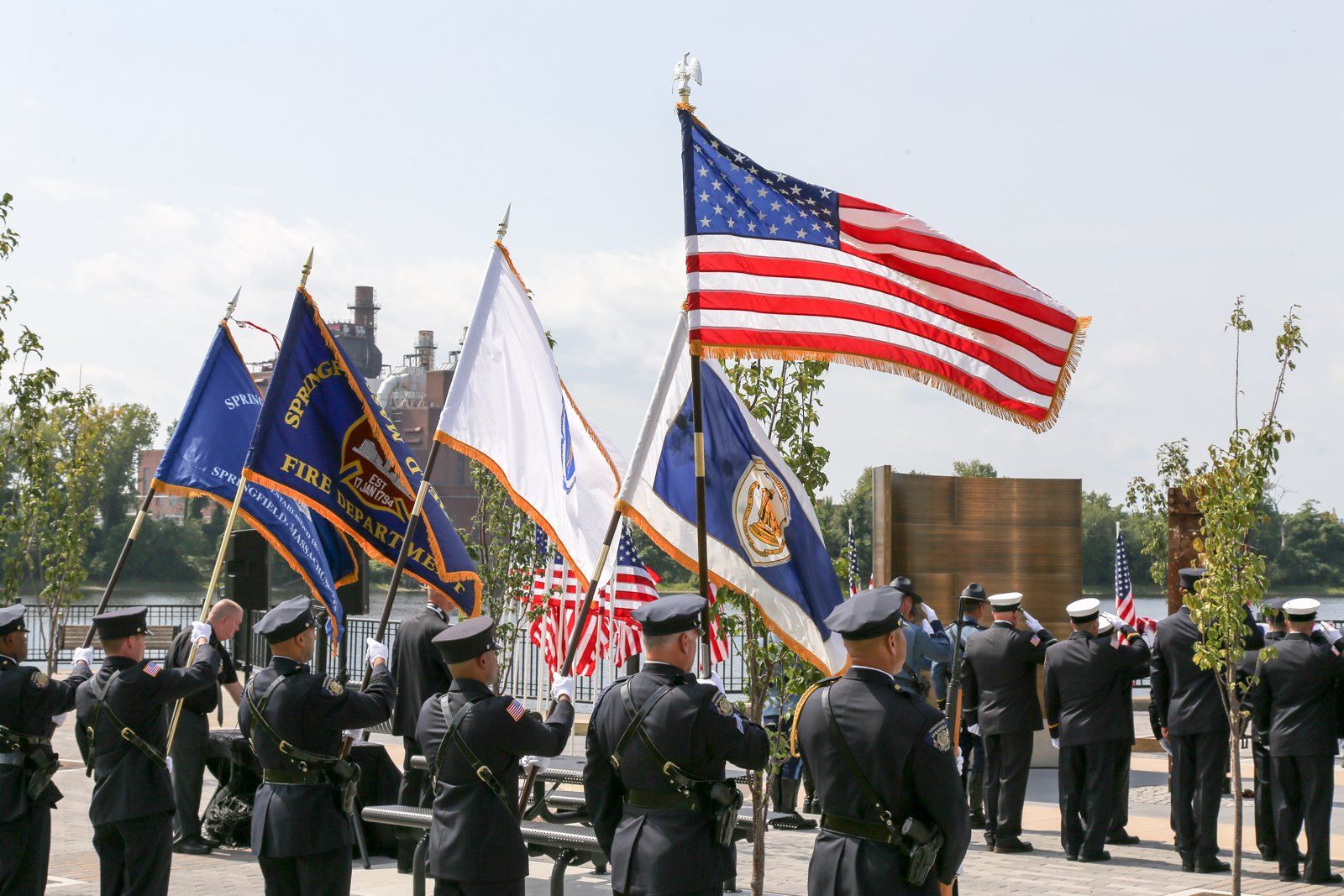 Access to Riverfront Park will be available at the State Street entrance.

Springfield’s September 11th Monument, includes a giant curved piece of bronze. It is more than 9 feet tall by 12 feet, and contains 498 names.

We encourage everyone to visit Springfield’s September 11th Monument and pause to remember the 498 first responders whose lives that were lost that day. There were brothers, cousins, a K-9 officer, members of the military, and some with connections to our community.

Upon close review, visitors will discover two of the same names, Michael Francis Lynch.  Both were with the New York Fire Department. One was stationed on Engine 40 and the other on Ladder 4. There is also a paw print in honor of K-9 Sirius, a yellow Labrador who was a member of the Port Authority of New York and New Jersey Police Department.