The village will be closed from December 24-26. Christmas by Candlelight continues after Christmas day? The festive fun continues December 27th-30th.

During Christmas by Candlelight, you will see special Christmas decorations like dried fruit slice ornaments and knit stockings as well as demonstrations of creating treats like marzipan, plum cake, and mince-pie cookies. Find instructions for an assortment of Christmas projects on our website by clicking the button below!

Did you know that celebrating Christmas was once illegal in Massachusetts? Most early New Englanders saw the holiday as frivolous at best (and dangerous at worst) and celebrating it was against the law from 1659 to 1681.

While it was no longer against the law in the early 19th century, most early 19th-century rural New Englanders still did not celebrate Christmas, adhering to the Puritan principles of their ancestors. Christmas celebrations grew in popularity in urban areas and eventually reached rural areas throughout the region as the century progressed. With the growing observance of the holiday came the spread of traditions like Christmas trees, Christmas cards, and other special décor that is now commonplace this time of year.

This now seasonal staple didn’t gain popularity among Euro-Americans until the mid-nineteenth century. The precise origin of Christmas trees is murky and surrounded by myth, but evergreen trees have been used as powerful symbols of fertility and life since ancient times. The first documented Christmas tree in New England was in the home of a German immigrant and Professor Charles Follen in Cambridge, MA, in 1835.

English illustrator John Callcott Horsley is credited for creating the first commercial Christmas card in the 1840s. Sir Henry Cole commissioned Horsley to print and hand-color cards to save him the effort of writing out greetings. Horsley produced a thousand copies of the lithographed card!

As more people embraced celebrating Christmas (both in England and in the U.S.) and technology improved over the course of the 19th century, the popularity of Christmas cards grew. By the early 1880s, more than 5 million Christmas cards were sent in the U.S.!

St. Francis of Assisi is credited with the first nativity display almost 800 years ago. His scene was a live portrayal but since then, miniature nativity displays made of plaster, wood, ceramic and other materials have become more popular.

The tradition of hanging stockings by the fireplace for Saint Nicholas to leave presents in dates back approximately four centuries to when Dutch children left out wooden shoes filled with bread and hay for St. Nicholas and his donkey. In exchange, children would find that St. Nicholas had left cakes, fruits, and other special treats. In Britain, wooden shoes were replaced with stockings. These stockings were not the large, decorated stockings available in the stores today, but rather were the children’s own winter stockings. 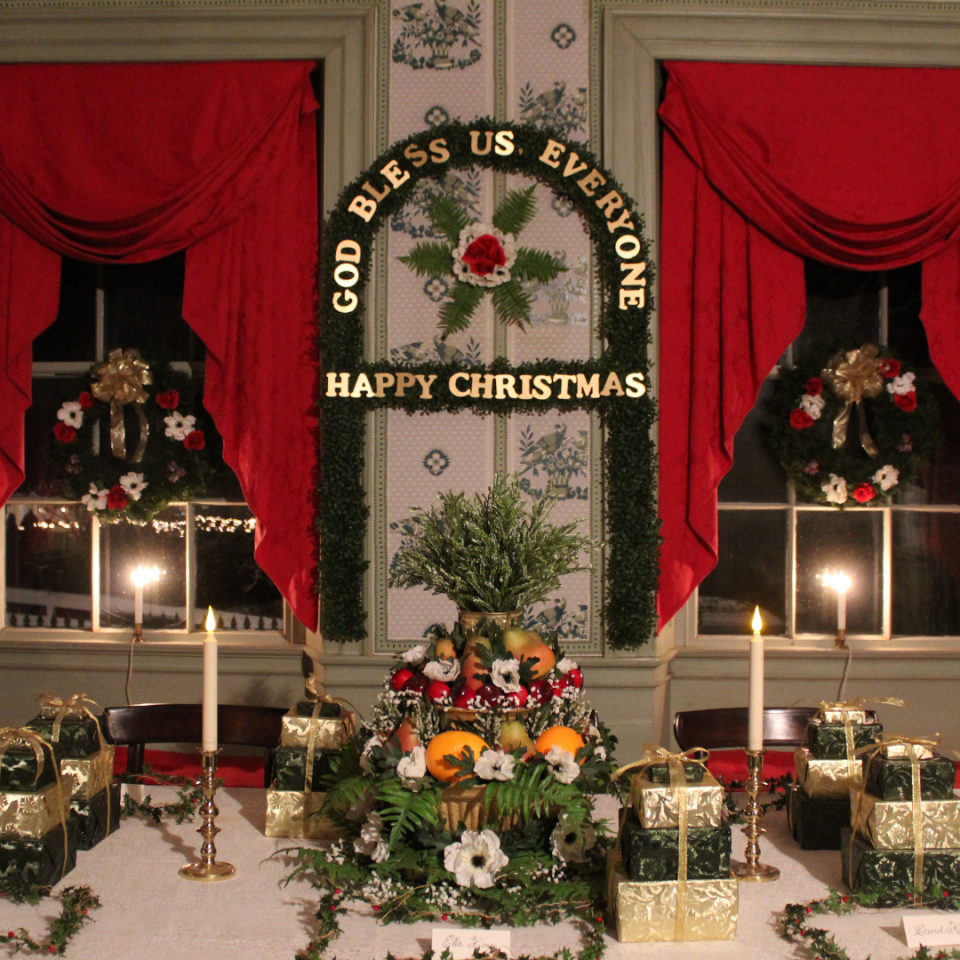