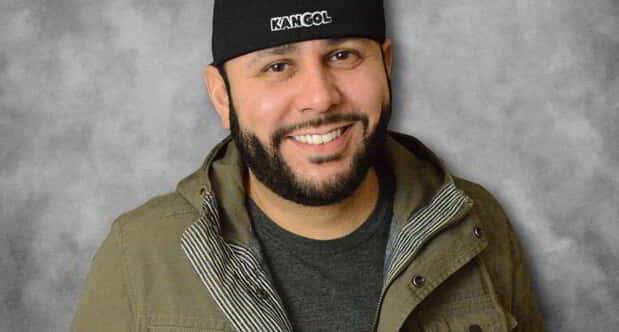 Rafi Gonzalez is a stand-up comedian from Puerto Rico known for his conversational style and material that centers around his experiences with American culture. Originally finding success as the lead singer of a nationally touring rock band, Gonzalez switched gears in 2015 and exploded onto the New England and Boston comedy scenes.

After years of performances, Rafi has developed a strong regional following in the New England area and the east coast. From headlining major comedy clubs, to having millions of views on social media, Rafi will do anything and everything to bring laughter to the masses. His following continues to grow! If you find yourself on a cruise ship, make sure to check out the comedy lineup! Rafi has taken his comedy to the sea after being hired by Carnival Cruise Lines.