Killer Queen, A Tribute to Queen, is coming to MGM Springfield’s ARIA Ballroom on Saturday, March 5.

Killer Queen has been performing a tribute to Queen since 1993. The UK-based group has entertained sold out audiences across the world with their expert musicianship, extraordinary energy and authenticity. With Patrick Myers as Freddie Mercury, Killer Queen recreates the powerful spectacle of the world’s greatest live band. 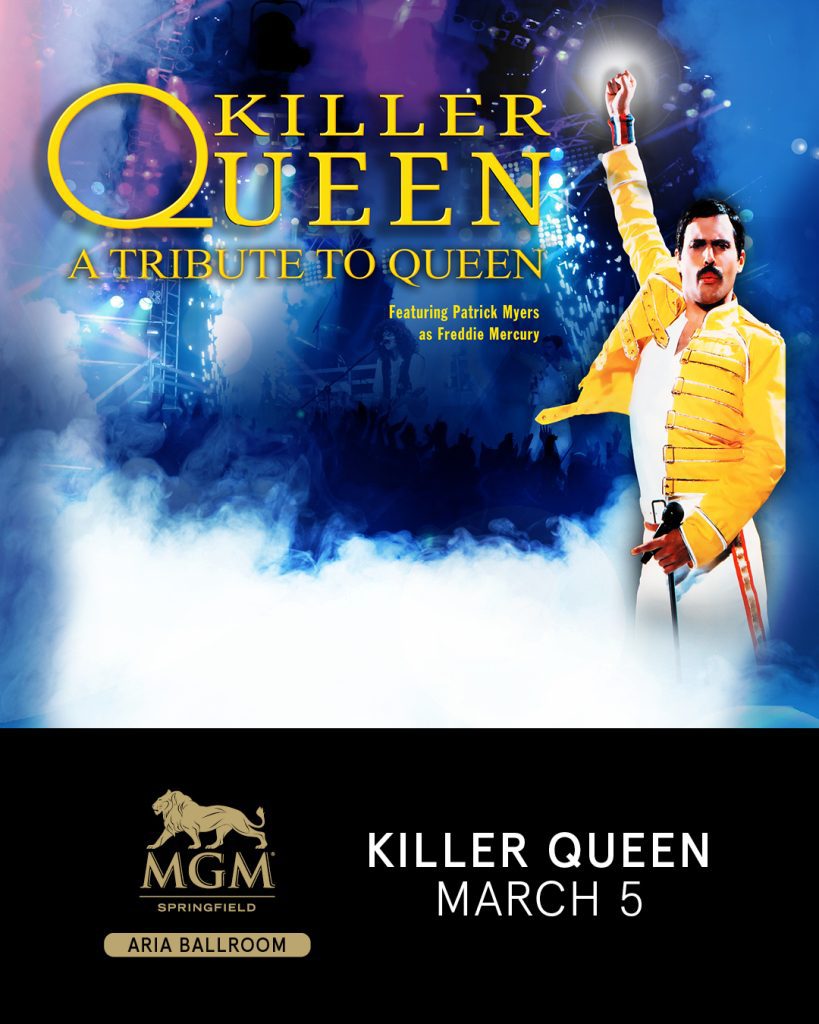