Bronx-born and raised Chazz Palminteri wrote A Bronx Tale in 1988. The powerful one-man stage play depicted his bruising childhood which included witnessing a gangland killing when he was nine years old. Palminteri played 18 characters and brought them all to life in his autobiographical play. His friends, enemies and family came alive on stage.

Hollywood Studios went crazy after seeing it and offered him millions of dollars to turn it into a major movie. There was one catch…they wanted to put a star in the role of Sonny and someone else to write the screenplay. With $200 dollars in the bank, Palminteri said no, he would hold out and wait. He wanted to play Sonny and write the screenplay. Then, one night Palminteri walked into his dressing room and sitting there was Robert De Niro who just saw the show. He said it was the greatest one-man show he’s ever saw. Robert DeNiro gave Palminteri the chance he was waiting for, and, as they say in Hollywood, the rest is history.

Palminteri wrote the screenplay for the film A Bronx Tale and then most recently wrote the book for the Broadway Musical. It was the first time in history that the same actor wrote the one-man play, the movie, and the Broadway Musical and starred in each one. The show you will see now is the exact show Chazz Palminteri did 34 years ago with just a chair that made him a star. 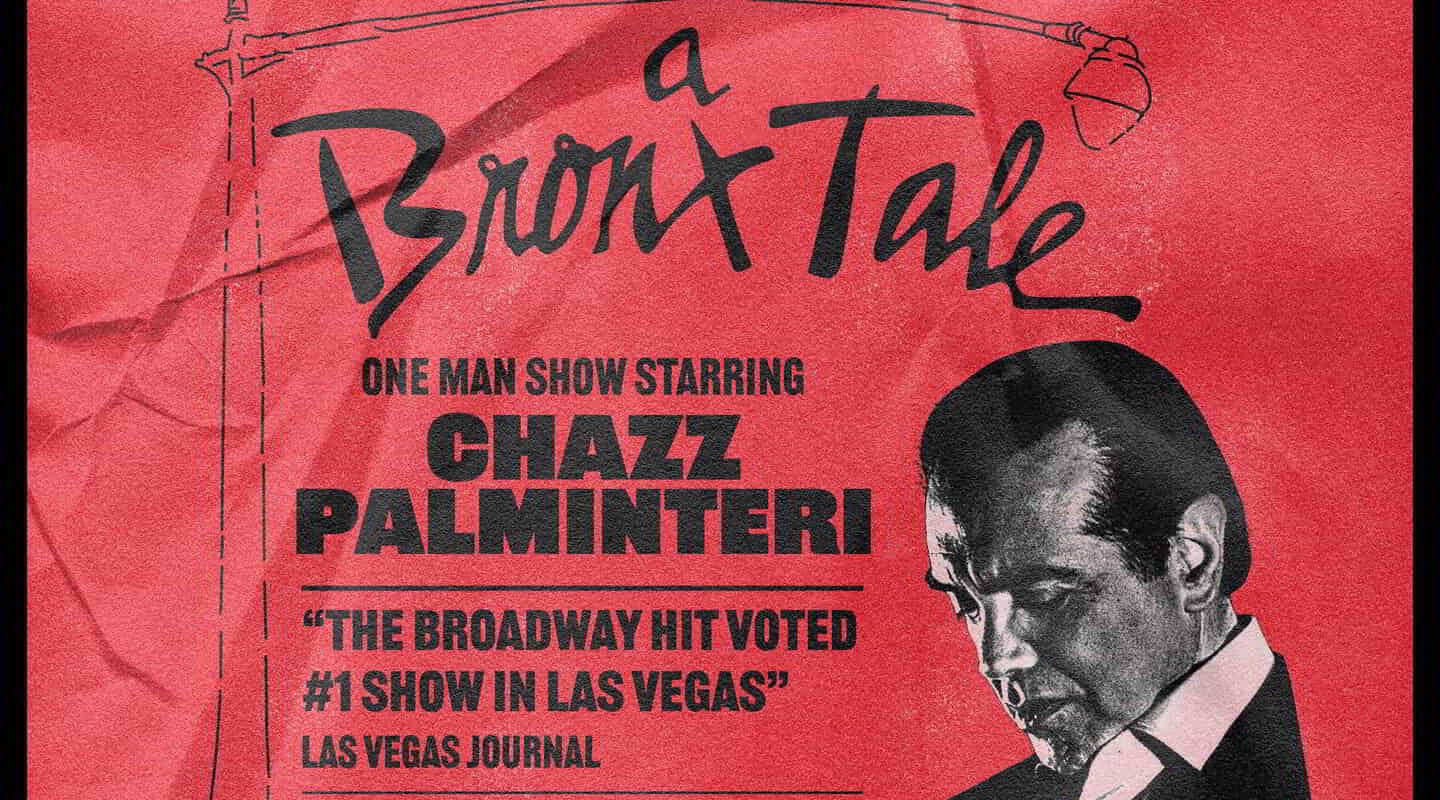